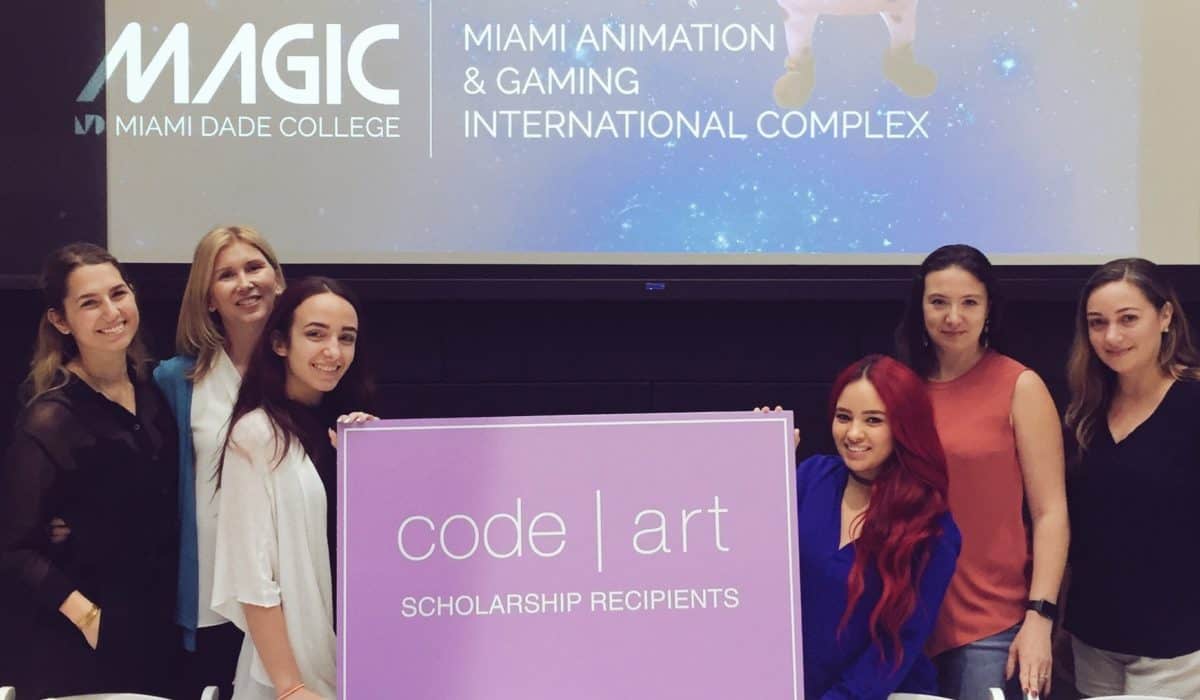 MDC Tech Makers + Creative Thinkers – by Mauricio Ferrazza – Code/Art Miami highlights the creative side of coding and provides a vehicle to inspire girls and young women to learn to code and to showcase their creations. It also fosters community among the participating student groups and paves the way for future collaborations. The inaugural Code/Art Miami event was held on February 6, 2016 at MAGIC.

To further the cause of gender parity in computer science, proceeds were raised at the event for a scholarship fund for women enrolled in one of MDC MAGIC’s two-year animation or gaming programs. Code/Art co-founders Amy Austin Renshaw (second from left) and Marina Ganopolsky (second from right) along with Sofia Garcia, Code/Art Director of Education, and Allison Cammack, co-chair of “Code/Art Miami” 2017, presented MAGIC students Nicole Lenz and Paula Torres with the 2016 Scholarships.